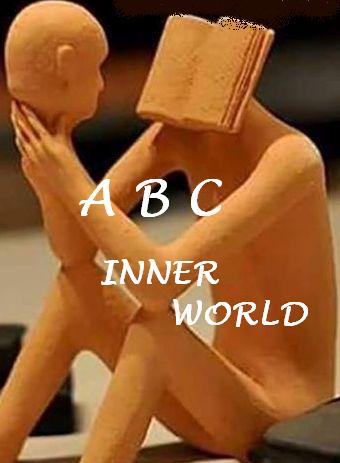 It would be a mistake to claim that reality exclusively is an observable behavior…Let’s see how?

Nature of something can be said as its essence. Matter exists as external appearance and internal essence. Essence of the matter is age old philosophical question.

Physical body is a substance and spirit or soul is its essence.

Is it the same essence which emanates from the most of material substances as fragrance or as smell? In the past we used to smell an acidic or alkaline compound and somehow would correctly identify it as alcohol, honey or milk. Or does this word ‘essence’ mean an abstract representation?

As you see in a full bloomed flower. You call its fragrance the essence. Flower is a life form, a living substance, having innate intelligence. It directs its chemicals not only to convey its presece to others but also to convey its reproductive maturity. By emanating its essence it conveys its presence even in the dark. By emanating essence it  creates  physical and emotional or better say sensational field around.

Does the existence follow or precede the essence? Who came first the matter i.e. existence or consciousness. Which is the essence of whom?

Or better say who has planted these long series of plants which of course get diversified in the long run?

Is the soul progenitor of matter or its produce?

Life compulsorily arises in the matter when its atoms and molecules organize biologically in a particular way! So can we say- plant itself has planted the plant next! None other than matter has created consciousness!

Does the creation thus created  hides or reveals its essence?

Does our soul remain hidden behind the veil of physical body? Does this body which is matter is  merely a covering which hides its real nature, its soul, its essence? Something beyond the comprehension of day to day activity of our senses! Is the essence extrasensory?  Does it lie beyond the ordinary perception or thinking?

Is it hidden from most sophisticated physical gadgets  even?  Does it need an extraordinary ability of mind to sense or to decipher or to visualize or simply understand it?  But this may be entirely erroneous effort of us to give such mysterious attributes to the soul.

Matter does not hide but reveals its essence. The soul is also not hidden behind layers of the body. The soul is there quite perceptible to the outer world…

You know there around you is an environment, the space and the bodies! This is me and there are so many other bodies around me living and non living combined..

Is soul another function of the body? Is soul the presence of you while you don’t exactly visualize your physical body? Same can be said of other bodies.

The real essence of existence is the presence in totality. The existence as a whole! This all does not imply only abstract existence, understandable by intellectual themes. It is not mere meaning of existence, all hows and whys of the presence. It is existence by creating sensation and feeling. We exist beyond the comprehension or knowledge of human intellect. We exist in nature. We exist and convey our existence to others similarly existing like us. We spread our essence.

The real essence of us is the wholeness of our existence. Spirit of dead person is called the subtle body. But how much of it is subtle? Is it quantifiable? Exists as matter or as non-matter? Was it the part of physical body! Anything that exists in nature is matter; anything that exists in our thoughts is non-matter. Non-matter is just imagination a movement of chemicals to which we give meaning. If soul or spirit is not thought it must have existence in the body however subtle or sub-atomic it may be. It must be matter in strict scientific sense.

Otherwise it is merely the mental image of the body or bodies known to us. People perceive these images in their mind and keep on perceiving even after they leave physically. Why people only perceive those who are known to them. When they are near they perceive them as objects and when they are not near they feel their presence in their thoughts, in their imagination. They may even visualize them as image. Word imagination has the same root as the image. But this mental images or imaginations are phenomenon of the mind. We may be wrongly attributing these images to some super-natural powers. We cannot give such attributes to soul.

Nature of the body is revealed through its function, automation.  Through its thoughts and ideas, behavior, actions, sensations, feelings the body is revealed. All the attributes of appearance and functions of the body are in reality the essence of body? A life like statue of a person merely reveals the essence of sand or stone of which it is made. Otherwise it merely feeds ones imagination and we recognize because of our knowledge about that person. The revealed nature or essence or soul of the body is in the wholeness of its existence? It is like the sense of presence of current in an electric wire. There is sensation of presence of electricity in the live wire. The same sensation is absent in the non-live wire.

Soul is the eternal presence of your body. It is the presence of awareness in self & others, both internal and external. Is this presence different in every creature? Does my soul is different from that of yours?

Soul is not individual or personal. It is the soul of the whole body of organisms.  One organism may die. Its organizing molecules lose integration.  It becomes part of chemical organic matter. But the bigger body of organisms is still there. When you see a settlement of ants you see the whole colony not individual ants. You don’t name individual ants. When you see a single bacterium under microscope you actually visualize its specie. The whole colony of this specie has same name. You only select one to study its features.

So it is not the question of one soul present in individual body. It is the soul of humanity in all humans or soul of creation in all creation or soul of universe in whole of universe. When you individualize it is the same soul manifesting. This soul gets individualized but is not personalized.   In a group this individuation fades away.  When an individual creation dies away it dies fully, it does not leave behind soul. Soul is not personal. Personal elements in us are ego and mind which are born with body and die with it. There is no universal abode of departed souls. This single fact if understood and realized properly decides our complete liberation after death.

Soul is the life in the matter. When an individual creation dies away it dies fully. It leaves behind disarranged matter; it does not leave behind soul. All that was individual in us is dead- our body, personality  ego which was our individual soul. It simply means we stop short of life individually present in us. But at the same time life or say soul is present in other creations.

Soul is seed of life. This seed of life as soul of life has started living in many like any plant animal or human being. In single bacterium it manifests as individual soul but it is not personal soul of that bacterium! It is in all. Same is true of other creation.

Soul is not personal. The soul is not one’s personalized possession. Individual elements in us are mind or ego. They are personalized and worldly. They separate one from the rest of world. These elements came into existence after the original consciousness (soul) reflected over itself after birth and they are born in the world. After birth child is exposed to multiple relations with the world. It react with outer and creates his individual feelings. This whole set of his individual reactions make his individual mind. This makes his personality. This makes his ego.

We feel individuation because of the presence of this mind or ego in us.  Soul is not individual, soul is not personal. Yes we tend to live after death. It is only by way of producing progeny or offspring. Nature from its very inception was harsh to the living forms. So the life forms chose that mode of survival. There is genetic continuity of life and organism tends to live after death as the offspring. This is discussed in other pages of this book.

The soul is the reality, the real nature of the body. Like essence of a flower it emanates through its sensation. It is revealed from the way the body exhibits itself; the way body presents itself to others. The way the body creates whole physical, emotional or sensational field around itself.

The soul is the reality, is the real nature of the body. It is not something existing as philosophical thought, understood by intellectual part of brain.

It is real and perceptible! It is the awareness. Revealed to you through fine or still finer perception! Soul is revealed to all the creatures even to those who may or may not have intellectual functions. 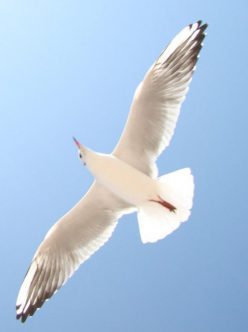 5 thoughts on “ABC of Inner World”